Shortly after listing in 2013, Sibanye indicated its intention to explore alternative sources of long-term electricity supply in response to this material risk. Sibanye intends to reduce its dependency on Eskom over the next few years as this will make a material difference to production costs.

Photovoltaic generation from sites adjacent to Sibanye’s mining operations represents a partial solution to securing alternative electricity supply. This technology can be implemented over a relatively short time while baseload solutions will be required to complement photovoltaic power for a more comprehensive approach.

Sibanye has completed several studies of other energy sources it considers reliable and over which we will be able to exercise some control. An in-depth investigation into coal-fired power stations, varying in size from 200MW to 600MW, was completed in 2014. A critical aspect of the study was the need to ensure reliable, quality coal sources. Sibanye is also engaging with technology partners to develop a deeper insight into independent power generation.

Sibanye has been exploring various alternative sources of long-term stable energy supply in response to the inconsistent and increasingly expensive power supplied by Eskom. To this end, projects have been identified as possible platforms to facilitate the Group’s electricity-supply objectives and development of a viable IPP platform. Ultimately, security of supply and enhanced cost control would continue to support Sibanye’s bottom line and hence the Group’s ability to pay industry-leading dividends.

A PFS completed in 2014 confirmed that solar power would be an economically competitive solution, and could ameliorate the effects of interruptions in Eskom supply on operations. The photovoltaic project is in development phase with focus currently on acquiring the required environmental permitting for the entire project, including the selected site adjacent to the Driefontein and Kloof operations, engineering design and establishing the most appropriate business arrangements to optimise commercial benefits. The 150MW photovoltaic project remains on track to begin generating electricity towards the end of 2017.

While coal-fired power generation is regarded as the most likely alternative, the feasibility of a range of other baseload-supply options, including renewable electricity sources, are being evaluated. 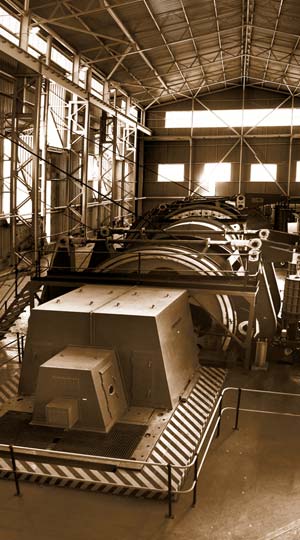